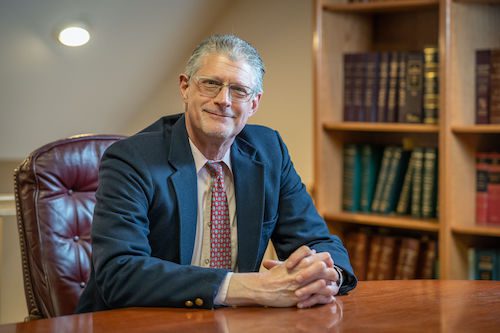 Merrick “Rick” Weinstein brings a significant amount of experience to his practice of law at Bouchard, Kleinman & Wright, P.A. Rick graduated from Boston University School of Law, with honors, in 1983 and then immediately entered private practice in September of that year. He has tried a variety of jury cases and administrative claims and has argued several cases on appeal before the New Hampshire Supreme Court, first successfully arguing there in 1984. Rick also acts as a mediator in civil lawsuits and has been certified as a mediator by the New Hampshire Superior Court.

In his spare time, Rick enjoys competing in local and national bridge tournaments and has attained the rank of Silver Life Master through the American Contract Bridge League. He is a certified bridge instructor (see www.acbl.org) and has taught beginning bridge classes since September, 2007. He also enjoys solving the New York Times daily crossword puzzle and listening to jazz music.

The attorneys of Bouchard, Kleinman & Wright have the background and experience to handle all aspects of a case, through trial if necessary, to a successful conclusion. Throughout your experience with Merrick “Rick” Weinstein or any of the attorneys of Bouchard, Kleinman & Wright, P.A., you’ll come to appreciate the firm’s ”Professionalism With a Personal Touch.”

Let us guide you down the right path.

If you have a legal question please feel free to call or come in to see us for a free initial consultation.